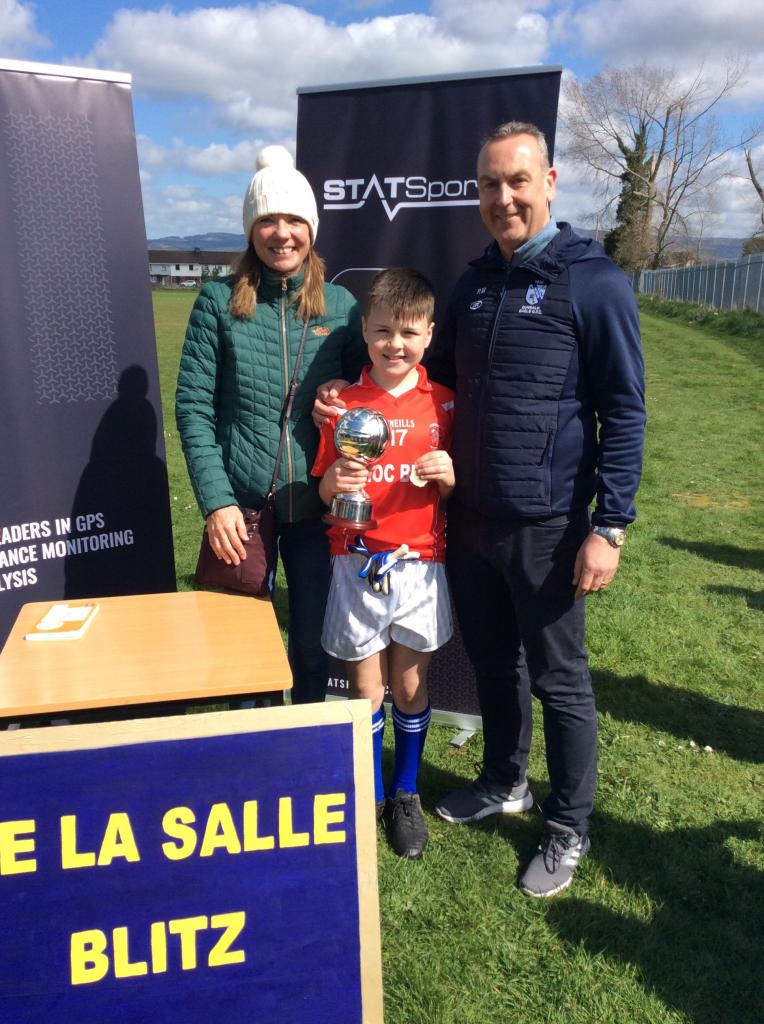 De La Salle Transition Year students organised a Gaelic Blitz for 120 5th and 6th class primary school pupils. This was organised as part of the TY Future leaders programme which ran though the school year in De La Salle. Ten primary schools were invited to participate in the Gaelic blitz which proved to be a huge success.
There was a Cup and Shield presentation at the end of the tournament. The cup was dedicated to past pupil Conor Morgan. Conor’s parents Paul and Blathnaid presented the Cup to the winning team.
Thank you to Fyffes Dundalk, Country Fresh and STATsports who sponsored the event and also to the Clans GFC for providing equipment on the day.
Winners of the Cup were St. Mary’s, Knockbridge NS and winners of The Shield were Iniskeen N.S.
Well done to the teachers and students involved.